Fundamental Principles of the Ancient and Accepted Scottish Rite

These Principles arise from Tradition, the Constitutions (especially Anderson 1723, Bordeaux 1762, Berlin 1786, “Constitution and General Regulations” of the Grand Lodge of Greece of the Ancient and Accepted Scottish Rite 1972 and 1988, “Grand Constitutions and General Regulation of the S∴C∴ of Greece” 1958) and the decisions of the congresses of the Supreme Councils (in particular Lausanne 1875, Paris 1929 and all that followed under the Alliance Internationale Maçonnique Ecossaise), form the basis of this system, they are strictly observed by all the orders and Lodges of this rite internationally and their alteration or abandonment implies the abandonment of the system.

The supreme value of these Fundamental Principles, apply not only for Masons who follow this particular system, but also for every human being in general, is also shown by the fact that these Principles are mentioned as fundamental values ​​of human societies in the Declaration of the French Revolution, in the Constitutions of the European States and in the most important international treaties for human rights, such as in the UN charter and in the Treaty of Rome.!

Freemasonry of the Ancient and Accepted Scottish Rite, as it is not a religion, states the absolute tolerance , and respect for every religious belief of its members.

It is a philosophical, progressive and philanthropic institution, which aims at the moral and spiritual improvement of its members through self-awareness, the search for truth and solidarity.

It considers freedom of thought, conscience and oral and written expression as the highest good. It deplores any means that threatens this freedom and condemns violence.

Freemasonry of the Ancient and Accepted Scottish Rite is not a political organisation and therefore does not allow its Lodges to hold party discussions and does not participate as an association of persons in party activities.

Freemasonry of the Ancient and Accepted Scottish Rite absolutely believes that all men are born free and have these rights among themselves
without distinction of origin, social or economic status, education, nationality, race, colour, language or religion.

Freemasonry of the Ancient and Accepted Scottish Rite especially honours work, as the sacred duty and right of man.

Devotion to the family, respect for social institutions, love for the country, observance of the Constitution and the Laws, are sacred duties of the Scottish Freemason without opposing the love which he owes to all his fellow humans.

Freemasonry of the Ancient and Accepted Scottish Rite absolutely rejects as anti-Masonic any form of proselytism.

Freemasonry of the Ancient and Accepted Scottish Rite believes in the existence of a fundamental Creator Principle, which it calls the “Great Architect of the Universe”.

Institutional Principles of Organisation and Operation of the Ancient & Accepted Scottish Rite (codification according to the decisions of the Supreme Councils 1875-2008).

The Ancient and Accepted Scottish Rite (Α∴Α∴Σ∴Τ∴ in Greek) is a stable reference point in a modern world of extreme contrasts. Tradition cannot bow to fashion and modernism and must be wary of destructive or destabilising tendencies of the false prophets of the modern world. Our fellow human beings today are absorbed every day more and more by materialistic pursuits thus losing essential values ​​for life (Athens 2001).

A∴A∴S∴R∴, through its spiritual dimension, coffers to those men who seek it , a harmonious development that will allow them to act beneficially towards the uninitiated world and human society in general, with the aim of fighting against ignorance of all forms , with principles: a) obedience to laws, b) honest life, c) exercise of justice, d) love, e) work as a primary duty for the welfare of humanity, f) progressive and peaceful emancipation of people, (Lausanne 1875) . The young people, who have the desire to be creative during their life, will find in this area, a field of development of possibilities to approach answers to their fundamental questions. In accordance with these, it is pointed out that the work of Α∴Α∴S∴R∴ is to “strengthen characters”, stabilise personalities and stimulate consciousnesses.! Therefore, there is no need to publicise its presence more widely, especially since all attempts at major externalisation of the Rite have failed, created hostile reactions and disturbed the peace of the Rite (Athens 2001).

Α∴Α∴S∴R∴ Freemasonry is based on the open and non-dogmatic nature of the spirituality of the institution and on initiatory progress, which is a spiritual quest, based on the invocation of a Creator Authority under the name G∴Α∴O ∴T ∴U∴ (Athens 2001, Belgrade 2003).

The continuous search for Truth is not subject to barriers or doctrinal positions which sets the right and obligation on one hand to interpret the meaning of G∴Α∴O ∴T ∴U∴ and the symbols according to conscience and on the other hand to tolerate other beliefs and ideas of each individual ! The initiatory progress is perceived and practiced within the framework of the constant respect for the values ​​of the pure and authentic Tradition of the Rite. Each initiatory stage must allow the discovery of the fatherhood of Tradition through the interpretation of myths and symbols. No initiation progression and no initiation in particular is valid and in power unless it is performed by a regular Masonic Authority related to a regular Supreme Council. Respect for initiatory progress necessarily requires
a) to be vigilant in safeguarding and maintaining the Rituals, based on the Fundamental Principles and authentic sources of the Rite and respecting its traditions and the powers of the sovereign Supreme Council, so that the unity of the Rite not to be confused with uniformity,
b) that the Rituals, which constitute the symbolic and mythological vehicle and give the initiation its spiritual value, are performed in a complete and perfect manner,
c) that the initiate actively participates in the procedure according to the Ritual, in order to experience personally and absolutely every stage of this progress. Initiative progress is a slow course of personal and collective edification of the Mason through the gradual assimilation of the Teaching of each degree.

Initiative progress must therefore be organised in a progressive manner (with at least one initiation in each class of philosophical degrees) and a pace suitable for the achievement of the spiritual and moral evolution of the Mason commensurate with his capacity for assimilation, in order to be admitted to the higher degree. The Freemason’s participation in this initiatory progressive process imposes rules of consistency and order upon the Obedience, as well as respect for oaths. Initiative progress does not exist only for the Mason or for the Rite, it leads the Mason to act in society, to practice good in general and justice and to work without limits for the progress and happiness of humanity (Gand1998).

Masonic works are opened under the invocation “To the Glory of the Great Architect of the Universe”, with the Volume of the Sacred Law open on the Altar of Oaths (as a volume here is meant in reference to the Standard of A∴A∴S∴R∴ the Bible, regardless of religiosity of content), and the Masonic bodies operate with mottoes “Ordo ab Chao” & “Deus Meumque Jus ” and in reference to the Founding Texts (Constitutions and Regulations of 1762 and Grand Constitutions of 1786) and the authentic Rite Tradition. Consequently, Α∴Α∴S∴R∴ Freemasonry remains in non-mixité, and political and religious debates and conflicts in masonic workshops are excluded (Paris 1996 , Gand 1998, Athens 2001).

It is clarified that the oaths given during successive initiations are exclusively of an administrative and initiatory nature and therefore none of these oaths limit the freedom, social, professional, political or religious of the Freemason who gives them and thus he retains all the inalienable and his inviolable rights, of the free citizen, as provided for in the Constitution of his State, International Treaties and social customs (Paris 1929).

The Masonic bodies of A∴A∴S∴R∴ are administratively divided into two completely independent bodies, the Grand Lodges (1st-3rd) headed by the Grand Master, and the Supreme Councils (4th-33rd) headed by the Sovereign Grand Commander. The Supreme Councils refrain from any legislative, organisational or administrative intervention in the Grand Lodges, but Masons belonging to Philosophical Workshops 4th to 33rd must absolutely be regular members of Symbolic Lodges, pointing out that one of the most important missions of the members of the philosophical workshops is the defense, preservation and spread of esotericism in Freemasonry (Lausanne 1875, Paris 1929).

The ideal of the unity of Α∴Α∴S∴R∴ and the path towards the homogenisation of initiation practice through the acceptance of common formalities by all the Supreme Councils of the Rite (São Paulo 2008), does not abolish the respect for independence, sovereignty and national sensitivity of each Jurisdiction (Paris 1996).

The structure and function of the Ancient and Accepted Scottish Rite is the epitome of an IDEOLOGICAL REPUBLIC!

Should I become a Freemason? 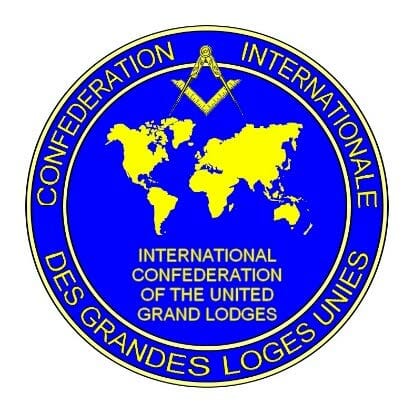 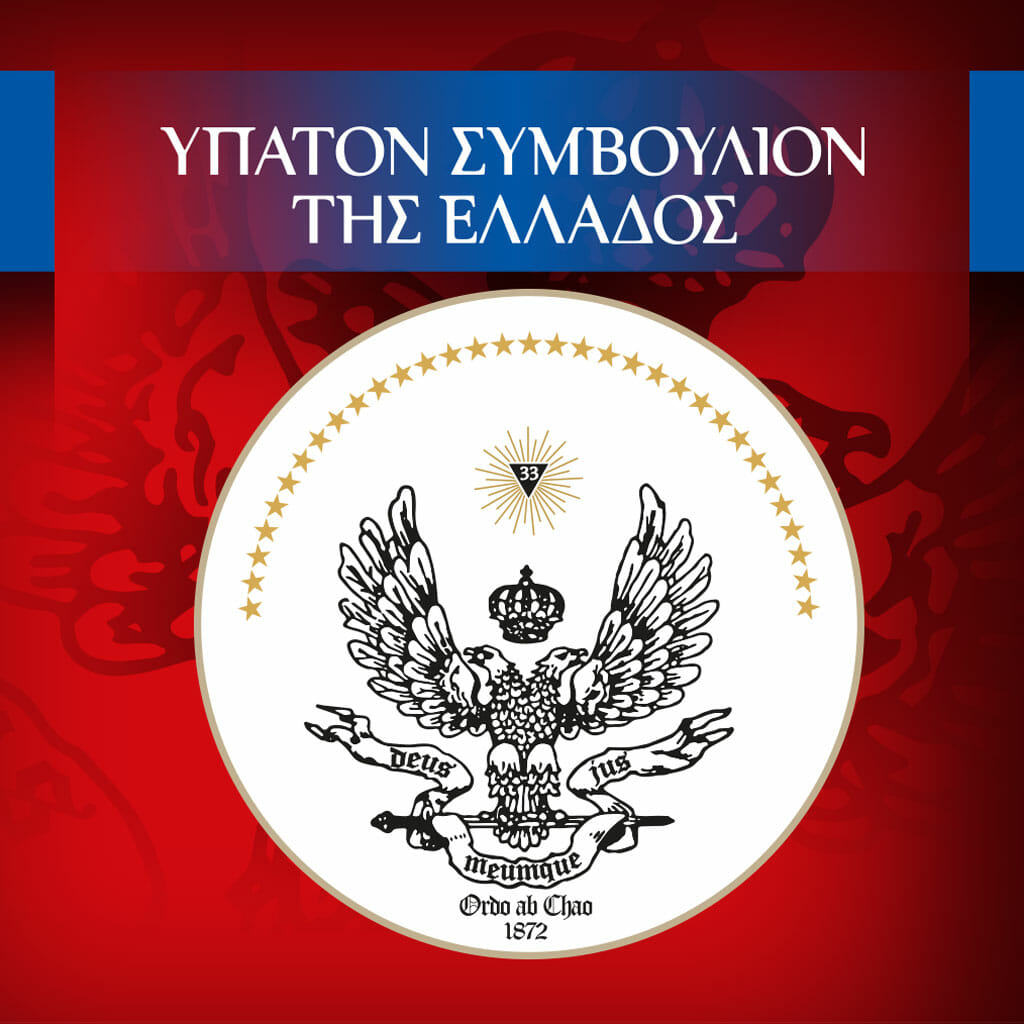